Xenoarcheology is a solo excavation log ttrpg.
---
My Patrons (all tiers) get this game for free, so if you want to check it out, here's the link for my Patreon.
---

A human expedition has arrived before you to this distant point in this distant Solar System, and they have found some rather conclusive evidence regarding the last life forms to ever inhabit the surface of the planet Atis. This remarkable discovery prompted the International Space Association to assign you as the lead investigator and archeologist on a new expedition, whose goal is to uncover the mystery behind the disappearance or extinction of this species. the fact that the local species have disappeared, moved on, or gone extinct. Scans indicate that Atis, located in its system’s goldilocks zone and possessing a nitrogen-oxygen heavy atmosphere, is a terraforming candidate planet to support human life, making it a priority to investigate further. There are clear signs that another sentient species with the capacity for social organization and language lived on this planet long ago

You’re the first xenoarcheologist to set foot in Atis. Your objectives are as follows: - investigate the archeological remains of this species - catalog these remains - keep them safe and in a state of preservation so they can be studied in a lab - formulate a hypothesis based on your findings - formulate a theory, if possible, about the previous inhabitants

This game is for one person, it takes approximately an hour and a half of playing, it needs a d6, something to write down on, and a set of cards, and it has a legacy feature in case you can't get a theory on your first run.

A GIFT TO Y'ALL:   Sam Leigh has made a wonderful commissioned playlist for the game, you can find it here

---
Here you can see an actual play by Jack

Here you can see Heesan Yongdi talking about the game!

! FUNDED ON THE SECOND DAY

FUNDED ON THE THIRD DAY

In order to download this game you must purchase it at or above the minimum price of $5 USD. You will get access to the following files:

Support this game at or above a special price point to receive something exclusive.

Please, feel free to grab one in your time of need.
I ask you in exchange for it to rate the game, download it, comment about it on the page, and/or spread the word of its existence.
---
DURING ITCHFUNDING 55 COPIES WERE SOLD, each of those paid for a Community Copy.

This means that because of his donation, we get 100 community copies for whoever is in need.
I decided to do a separate item so we can count them.

Take a look at my examination of this awesome game!

You can choose to read about it on my blog here or watch it in video form here:

Reply
Armanda319 days ago
Here's an interview that was made to me about the game!
Reply
papaterra308 days ago(+1)

As an archaeologist I am really looking forward to this!

cool! I had an archeologist as part of the stretch goals who did a guidance and standards (mock) document for the game!
and we're getting soon an astrobiologist intro essay to the theme.
lmk how it goes for you whenever you play it! thanks! 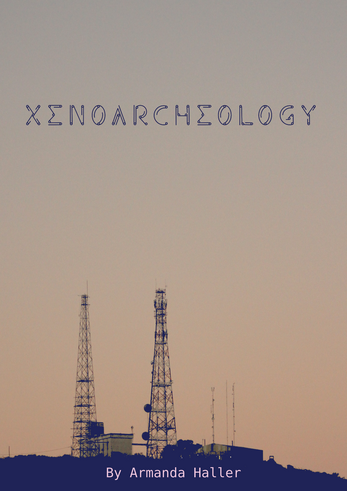 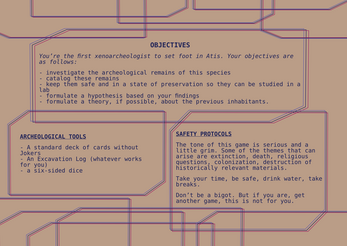 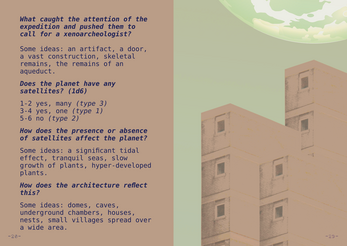 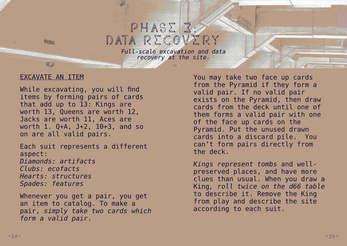 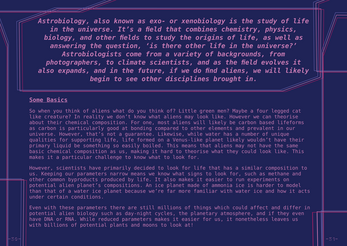